Why I Left Everything Behind To RV Full-Time

I decided to leave everything behind and RV full-time because of a couch.

I’d lost interest in buying a couch, or a chair, or lamp or any furniture for our nearly empty house of two-years. We were about to make this furniture purchase when Bryce said, “Y’know we should just quit our jobs and travel for a while.” One of us often threatened this so there was no reason to take him seriously. Plus, Bryce is the most loyal, dependable employee and stable person I know; he doesn’t just quit jobs to go traipsing around the world.

As the gypsy of this duo, I’m the one who had talked this up since the 2009 financial collapse, but now, in my prime working years, quitting my job and traveling was preposterous! But looking at all those farmhouse inspired, pale-yellow, burlap pillow thingies just felt really meaningless. Buying furniture felt heavy, burdensome and permanent. We already had a garage full of stuff, crappy stuff, wall to wall, near hoarding proportions that felt like a prison. We had entered a phase of life that wasn’t much fun and the “dilemma” of buying furniture unlocked something in us. So I was like, “Yeah let’s do this!”

Ok so it wasn’t just about the furniture. It doesn’t take much to light a fire under me because I was born with free-spirited wings. My family members on all sides are artists, musicians, and entertainers. My mom, dad and aunts hail from Haight-Ashbury in San Francisco which formed their creative paths. But my Depression Era, career Air Force grandparents had a different blueprint: go to school, get a job, get settled.

These varied influences always put my pragmatic side at odds with my other interests. For example, after college, I backpacked for six months through New Zealand and Australia with a loose plan of “find work.” I waitressed, taught English and made sheep whistles, bought and sold a car for $500 (with a friend I met there), and often called a tent “my home.” It was a very creative time, but eventually I panicked and quickly thereafter spent the next twenty-something years getting settled. My grandparents would be proud of where I am today, as am I, but my free-spirit wings always hang a little limp.

In 2014 the weight on my wings got even heavier. While the highlight of that year was getting married, in the middle of planning, we were forced into a move because our landlord put the house on the market. We had six weeks to clear out. We decided to buy instead of rent because this moving around business was getting old.

Finding and buying a house, closing on a loan and moving in six weeks is insane, but we pulled it off and loved it…for about a month. Then a slab leak wiped out the first floor. Everything including the walls up to three feet had to be gutted, so we packed it all up, and moved to a hotel with a kitten and sick old cat.

Then there was the “Back Spasm” incident.

While living in the hotel, Bryce experienced a back spasm (as he called it), which he said was normal. I had never seen him like that in the five years we were together. In fact, I had never seen anyone in that amount of pain who hadn’t been in an accident. He screamed every time he moved, so by day four of watching him suffer, I said, you have got to to the hospital. Unfortunately he had to take a leave of absence, something he’d never done in his entire career.

It’s a romantic picture isn’t it? Newlyweds, living in a hotel, two cats, the sick one decided that a litter box was optional, and a spouse who’s laid up in pain. We were also both in demanding new roles at work, and Bryce in particular, worked crazy-long, literally back-breaking hours. While I really liked my job, as a workaholic, I was depleted and got hit with cold, after flu, after sinus infection, after bronchitis. One after the other for the better part of a year. By January 2015, we pulled ourselves together and moved back home, Bryce went back to work and the renovations continued. But then Bryce had a back relapse that required another leave of absence.

Health issues, garage full of crap, incomplete renovations, another sinus infection, and then Punky (my beloved seventeen year old, litter-box optional, sick cat) died, and I was like, seriously this isn’t fun anymore. 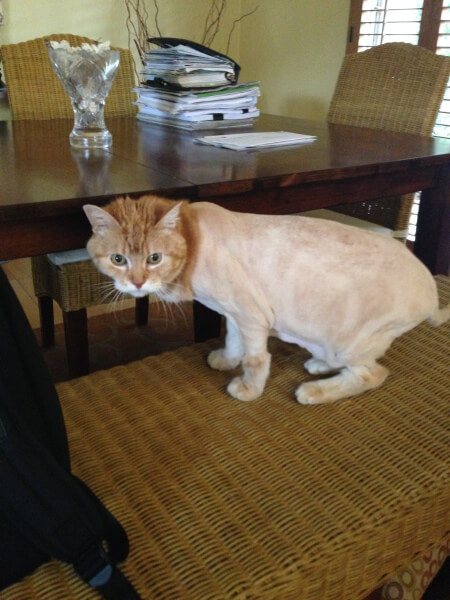 It’s a country song right? I’m not sharing this for sympathy. I’m aware that much of this is first-world problem stuff, and compared to things like the Syrian refuge crisis, it’s small potatoes. But stress is relative, and our bodies told us we were stressed, we just weren’t listening. We kept being dependable people, throwing ourselves at jobs and responsibilities, until we had to buy furniture. For some reason that was the last straw. Ironically we were past the chaos phase and it was time to finally get settled. Only it wasn’t that appealing anymore. We wanted to cut loose and live a little, because health issues put living in perspective. So instead of buying furniture we built a plan to renovate our lives.

It was time to take a flying leap.

I met with a senior executive to tell her I was leaving work. She locked eyes with me and asked “are you running from something or to something?” It was like a truth bullet ripped through my soul and I didn’t know the answer. Then I thought about this fable my dad used to to tell me:

A monkey in a tree is holding onto these old, moldy peanuts. In a nearby tree he spots fresh, new peanuts that look really appealing. He faces a dilemma; either he holds onto the old peanuts or swings to the tree to get the new peanuts. To be successful, he’ll need to let go of the old ones so he can grab the branch along with the new peanuts. As he prepares to leap, he pulls back because for a brief period of time, he would have no peanuts, which is too scary.

The pursuit of possibility is simultaneously

My “old peanuts” was trying to live a settled life that often felt unsettled no matter what I tried, and something was telling me to go explore. Bryce had his version of old peanuts too. But we didn’t want to stick just any kind of peanuts in our pockets, so after exploring many ideas, we decided that full-time RVing through North America felt like the right risk (even though we’d never been in an RV). Our inner-monkeys decided to swing without knowing if there would be any new peanuts or not. We just leaped. The possibilities are exciting but also scary.

We hit the open road while also leaving an enjoyable workplace, friends and family, and many conveniences. I constantly question, “was it worth it to give up those safe, comfortable peanuts?” I don’t know, but I’m willing to swing for other trees and find out. 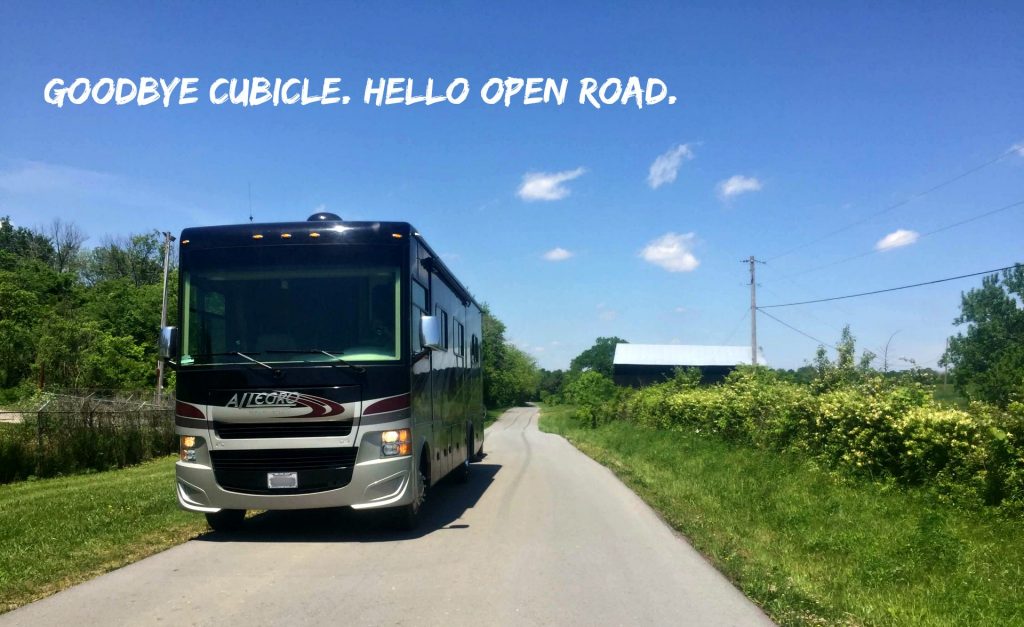 You know what one of the best perks about living in an RV is? The furniture is already built in.